“My interpretation of these opinions is that Roberts (and the minority-rule court majority he leads) has no interest in actual democracy, just Potemkin democracy. As long as we have “elections” in which people vote and votes are tabulated, he’s satisfied. If the system has been rigged so that the same people win all the time, well, that’s just politics. And the Roberts Court is above politics.

“What I think we should never lose sight of is how all these minority-rule actions build on each other, and then wrap around to cycle through again. A minority-rule Senate and a minority-rule President have given us a minority-rule Court. The Court now is returning the favor, helping the ever-shrinking conservative minority to maintain its hold on power into the indefinite future.” 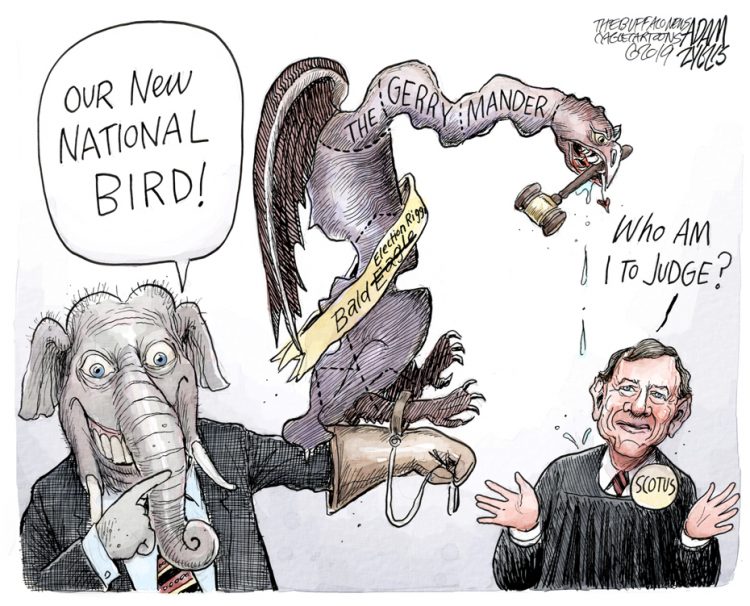