I doubt it will be that long but the Remainers have a long wait. Or perhaps not so long if, as I suspect, the UK will wind up with no deal at the end of the year, thus making Brexit even more painful. One thing is for sure, Boris Johnson isn’t going to accept a deal that leaves the UK close to the EU (à la Switzerland) and the EU isn’t going to give the UK access to a Single Market that doesn’t include free movement of peoples. And you can count on the US to exploit its superior bargaining position in free trade talks. That probably means higher prices in the UK for prescription drugs and letting American agricultural products in, GMO or no GMO. At least, we can expect the EU to keep its doors open to the repentant prodigal. 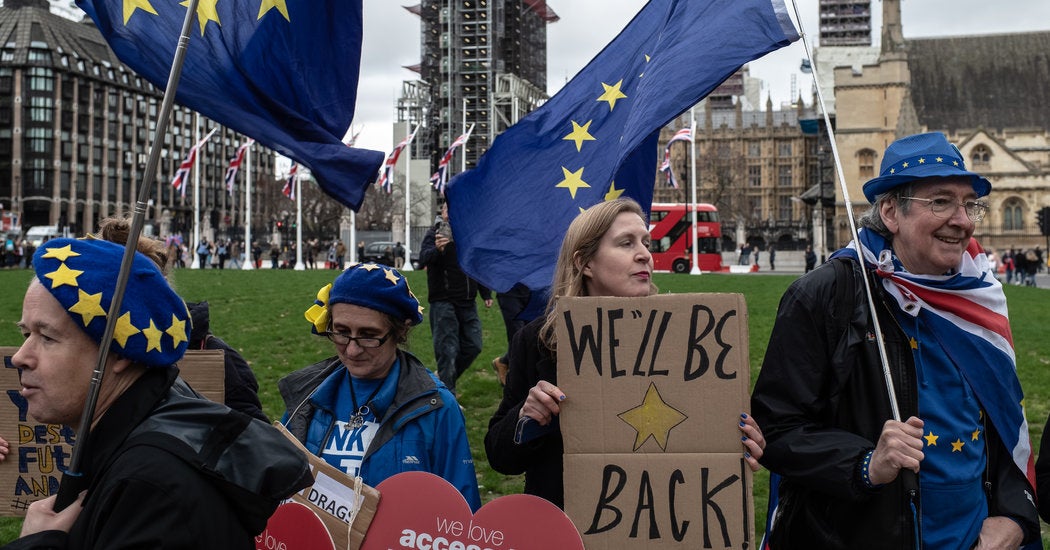 What’s Next for Britons Who Lost the Brexit Battle (Published 2020)
Having bet it all on stopping Brexit and lost, Remainers now look to keeping Britain as close to the European Union as possible.
www.nytimes.com