Hope was but a timid friend;
⁠      She sat without the grated den,
Watching how my fate would tend,
⁠      Even as selfish-hearted men.

She was cruel in her fear;
⁠      Through the bars one dreary day,
I looked out to see her there,
⁠      And she turned her face away!

Like a false guard, false watch keeping,
⁠      Still, in strife, she whispered peace;
She would sing while I was weeping;
⁠      If I listened, she would cease.

False she was, and unrelenting;
⁠      When my last joys strewed the ground,
Even Sorrow saw, repenting,
⁠      Those sad relics scattered round;

Hope, whose whisper would have given
⁠      Balm to all my frenzied pain,
Stretched her wings, and soared to heaven,
⁠      Went, and ne’er returned again! 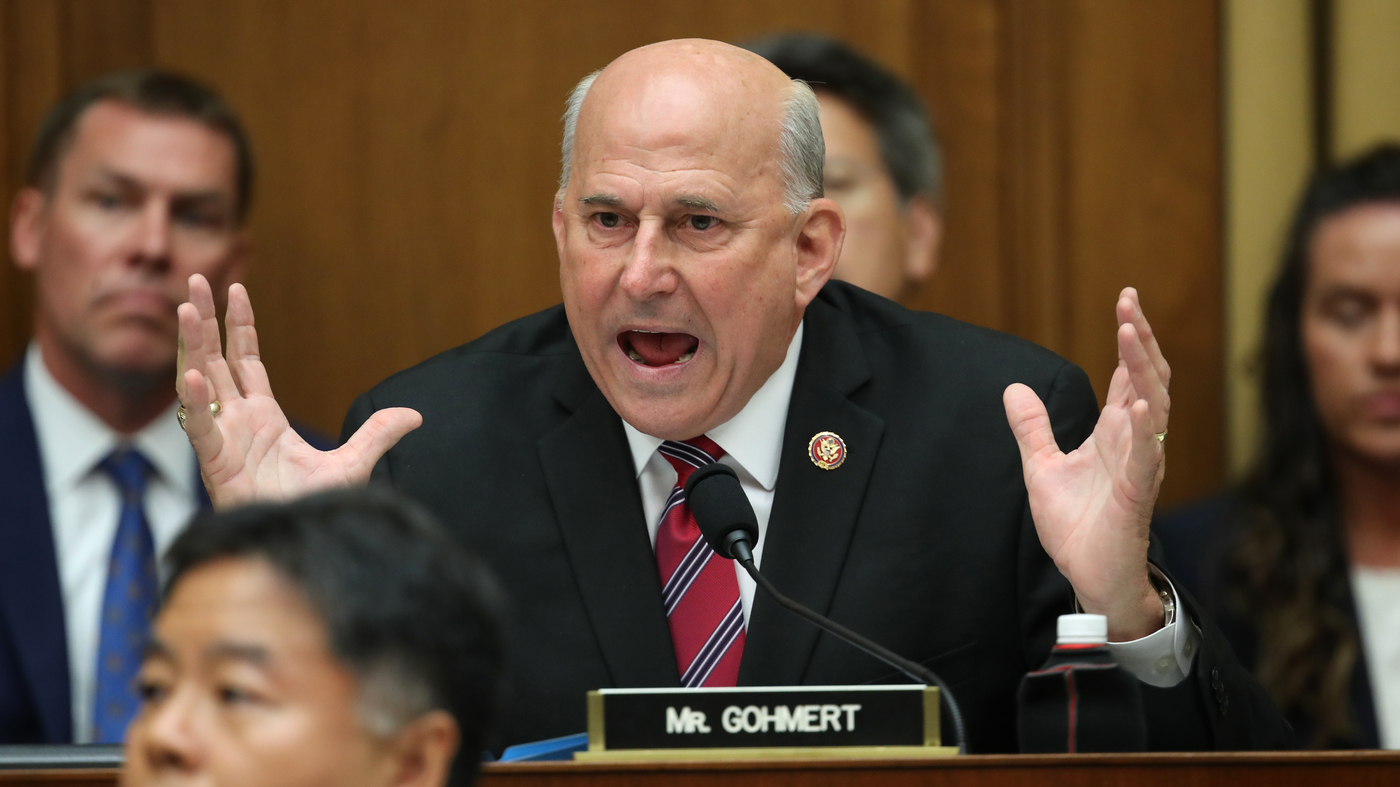 “Refugees are the most thoroughly vetted group to enter the United States. In addition to a screening by the United Nations High Commissioner for refugees, the federal government conducts its own vetting process involving multiple law enforcement, national security and intelligence agencies, including fingerprint and biometric security checks, as well as medical screenings. The entire process can take more than two years. …

“In the 40 years since the program was established, no refugee who has entered the country through the resettlement program has killed anyone in a terrorist attack in the United States. Significantly more refugees have been turned away than admitted every year — even before the historically low caps. …

“Refugee resettlement will not survive another four years under this administration. The loss of this program would have major ramifications for America’s international relationships, not to mention the thousands of people seeking refuge. If the nation’s reckoning with race is a mirror into its ideals on justice and equality, then refugee resettlement is the testing ground for our ideals.”

A toast to the Fools!
Pierrot, Pantaloon,
Harlequin, Clown,
Merry-Andrew, Buffoon–
Touchstone and Triboulet–all of the tribe.–
Dancer and jester and singer and scribe.
We sigh over Yorick—(unfortunate fool,
Ten thousand Hamlets have fumbled his skull!)—
But where is the Hamlet to weep o’er the biers
Of his brothers?
And where is the poet solicits our tears
For the others?
They have passed from the world and left never a sign,
And few of us now have the courage to sing
That their whimsies made life a more livable thing–
We, that are left of the line,
Let us drink to the jesters—in gooseberry wine!

Then here’s to the Fools!
Flouting the sages
Through history’s pages
And driving the dreary old seers into rages—
The humbugging Magis
Who prate that the wages
Of Folly are Death–toast the Fools of all ages!
They have ridden like froth down the whirlpools of time,
They have jingled their caps in the councils of state,
They have snared half the wisdom of life in a rhyme,
And tripped into nothingness grinning at fate–
Ho, brothers mine,
Brim up the glasses with gooseberry wine!

Though the prince with his firman,
The judge in his ermine,
Affirm and determine
Bold words need the whip,
Let them spare us the rod and remit us the sermon,
For Death has a quip

Of the tomb and the vermin
That will silence at last the most impudent lip!
Is the world but a bubble, a bauble, a joke?
Heigho, Brother Fools, now your bubble is broke,
Do you ask for a tear?–or is it worth while?
Here’s a sigh for you, then–but it ends in a smile!
Ho, Brother Death,
We would laugh at you, too–if you spared us the breath! 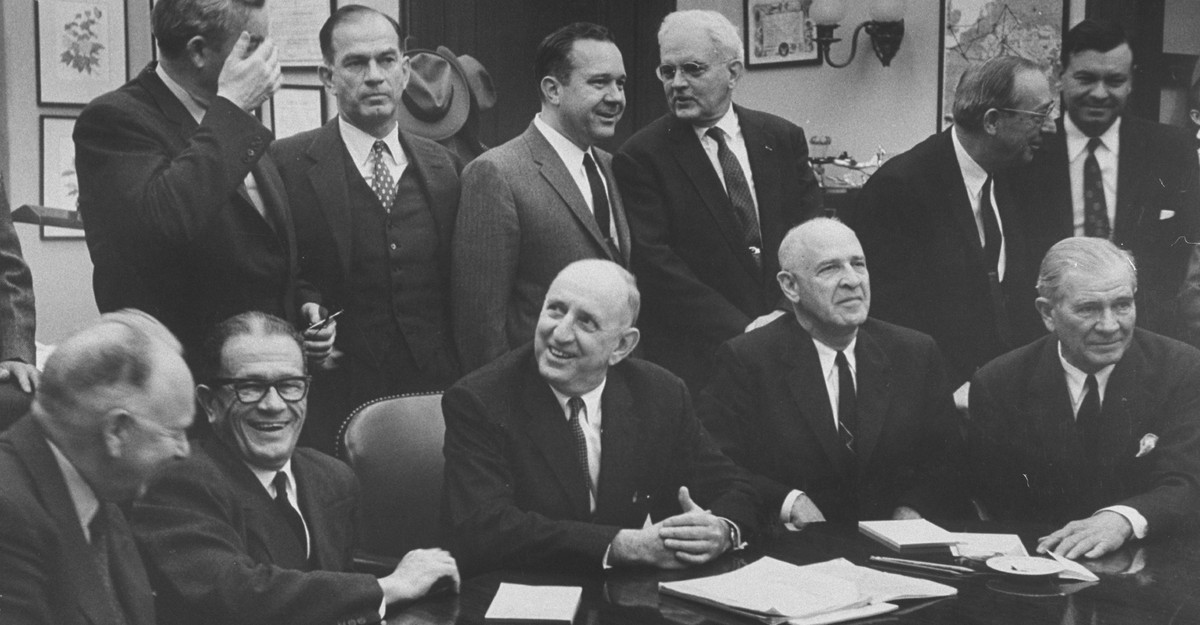 The End of the Filibuster?No, Really
Many activists will not tolerate a Democratic-controlled Senate that allows Republicans to block civil-rights legislation next year.

There is little doubt that if Democrats retake the Senate and the White House, the Republicans will be as obstructionist as they were under Obama. So if want to get anything done, they will have to face the issue of the filibuster. Mitch McConnell has warned the Democrats not to touch the filibuster but he is, of course, a unprincipled reptilian whose brain consists entirely of one giant amygdala, and who consequently is only interested in one thing: power. His open hypocrisy in stating that he would fill any SCOTUS vacancies that occur this year (after his refusal to bring Merrick Garland’s nomination up for a vote) amply demonstrates this fact. So we should ignore whatver he says about the filibuster. Rather than eliminate it entirely. I would like to propose a reform that would retain it while preventing Republican obstructionism while making the Senate more representative of the people.

Back in 2007, the Republicans controlled the Senate and had not yet eliminated the filibuster for judicial nominations. The Democrats used it often (but not nearly as often as the Rublicans were to use it during the Obama years) and came under fire as “obstructionists.” I wrote a piece urging the Democrats to take the offensive and defend themselves on the grounds that they represented the majority. At that time, 42% of Americans lived in states with two Democratic Senators, 40% in states with two Republican Senators, and 18% with one of each. Today, those figures are 44%, 40%, and 16% respectively (independent senators are counted with the party they caucus with).

The Democrats are in a good position to recapture the Senate in November. If so, their edge in constituents represented would likely increase. If they want to accomplish anything (assuming that they hold the House and gain the White House), they will have to do something about the filibuster. There is some debate concerning the constitutionality of the filibuster and they might well be tempted to abolish it altogether but I would like to suggest a better idea: on cloture votes (and only on cloture votes), weigh each senator’s vote according the population of their state and if the votes against cloture represent a majority of the US population, the vote fails. Pragmatically, it would make it virtually impossible for the Republicans to block anything and it can be defended as making the Senate more (small d) democratic. If the filibuster is a protection of minority rights, then this is one on steroids. In theory, a minority of only 18 Senators (representing the nine most populous states) could block a bill’s passage. I would also suggest that the filibuster as reformed be reinstated for judicial nominees.

Granted, there are one serious objection to this idea. The Constitution states (Art. I, sec. 3) that “each Senator shall have one Vote.” However, I think this can reasonably be construed to refer to votes on the passage of legislation and not to procedural votes such as closure. After all, the Constitution also says (Art. 1, Sec. 5) that “Each House may determine the Rules of its Proceedings.” The courts have given great deference to Congress’s procedural rules, holding them beyond judicial inquiry. The lead case is United States v. Ballin, 144 U.S. 1 (1892), where the Court stated

“The Constitution empowers each house to determineits rules of proceedings. It may not by its rules ignore con-stitutional restraints or violate fundamental rights, and thereshould be a reasonable relation between the mode or methodof proceeding established by the rule and ttie result which issought to be attained. But within these limitations all mat-ters of method are -open to, the determinatio. of the house,and it is no impeachment of the rule to say that some otherway would be better, more accurate or even more just. It isno objection to the’validity of -a rule that a different one hasbeen prescribed and in force for a length of time. The powerto make rules is not one which once exercised is exhausted. Itis a continuous power, always subject to be exercised by thehouse, and within the limitations, suggested, absolute andbeyond the challenge of any other body or tribunal.” 144 U.S. at 5.

But challenging weighted cloture votes presents a special problem. If the Democrats invoke cloture, the bill goes to a vote and then to the President. By the time a court can hear the case, the law in question will have duly passed both houses and been signed by the President, all in accordance with the Constitution. I can’t imagine any court invalidating a statute because it thinks the Senate should have debated longer. The case would be dismissed as moot. The courts could invoke the exception to mootness that it did in Roe v. Wade, i.e., that the issue was “capable of repetition, yet evading review.” However, even if the courts did ultimately strike down the procedure, the Democrats could then eliminate the filibuster altogether.

An idea worth considering, I think.

Look at the stars! look, look up at the skies!
⁠         O look at all the fire-folk sitting in the air!
⁠         The bright boroughs, the circle-citadels there!
Down in dim woods the diamond delves! the elves’-eyes!
The grey lawns cold where gold, where quickgold lies!
⁠         Wind-beat whitebeam! airy abeles set on a flare!
⁠         Flake-doves sent floating forth at a farmyard scare!—
Ah well! it is all a purchase, all is a prize.

Buy then! bid then!—What?—Prayer, patience, alms, vows.
Look, look: a May-mess, like on orchard boughs!
⁠         Look! March-bloom, like on mealed-with-yellow sallows!
These are indeed the barn; withindoors house
The shocks. This piece-bright paling shuts the spouse
⁠         Christ home, Christ and his mother and all his hallows.

The only reason a government agency (or anyone else) opens themselves up to documentary filmmakers is that they expect it will make them look good. However, unless they’re whores, the filmmakers’ job is not to make the subject look good but to show them as they are.