“[H]ere’s what Republicans are failing to realize. As families suffer and Americans die because the Trump administration refused to lead during the COVID-19 pandemic, it’s hard to sell the idea that we need less government. In a pandemic — must it even be said? — competent government is essential.

“And yet the notion that Democrats are taking this country down a scary path — to socialism or perhaps hell — continues to resonate with conservatives.”

My own take is that the word socialism has too many meanings and causes more confusion than enlightenment such that we would be better off if we simply dropped the word from our discourse. 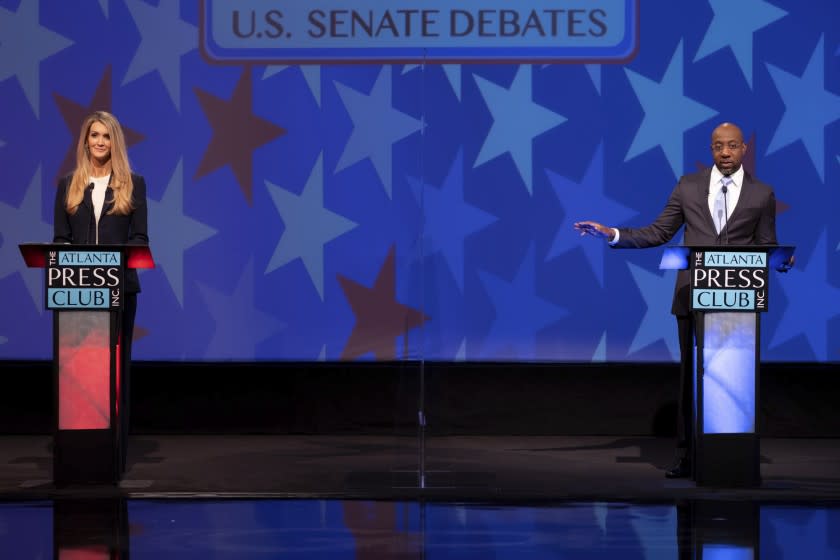 Column: When will Republicans learn that demonizing liberals as 'socialists' doesn't work?
As Americans die because the Trump administration refused to lead during the pandemic, it's hard to sell the idea that we need less government.

2 thoughts on “The bogeyman of socialism”