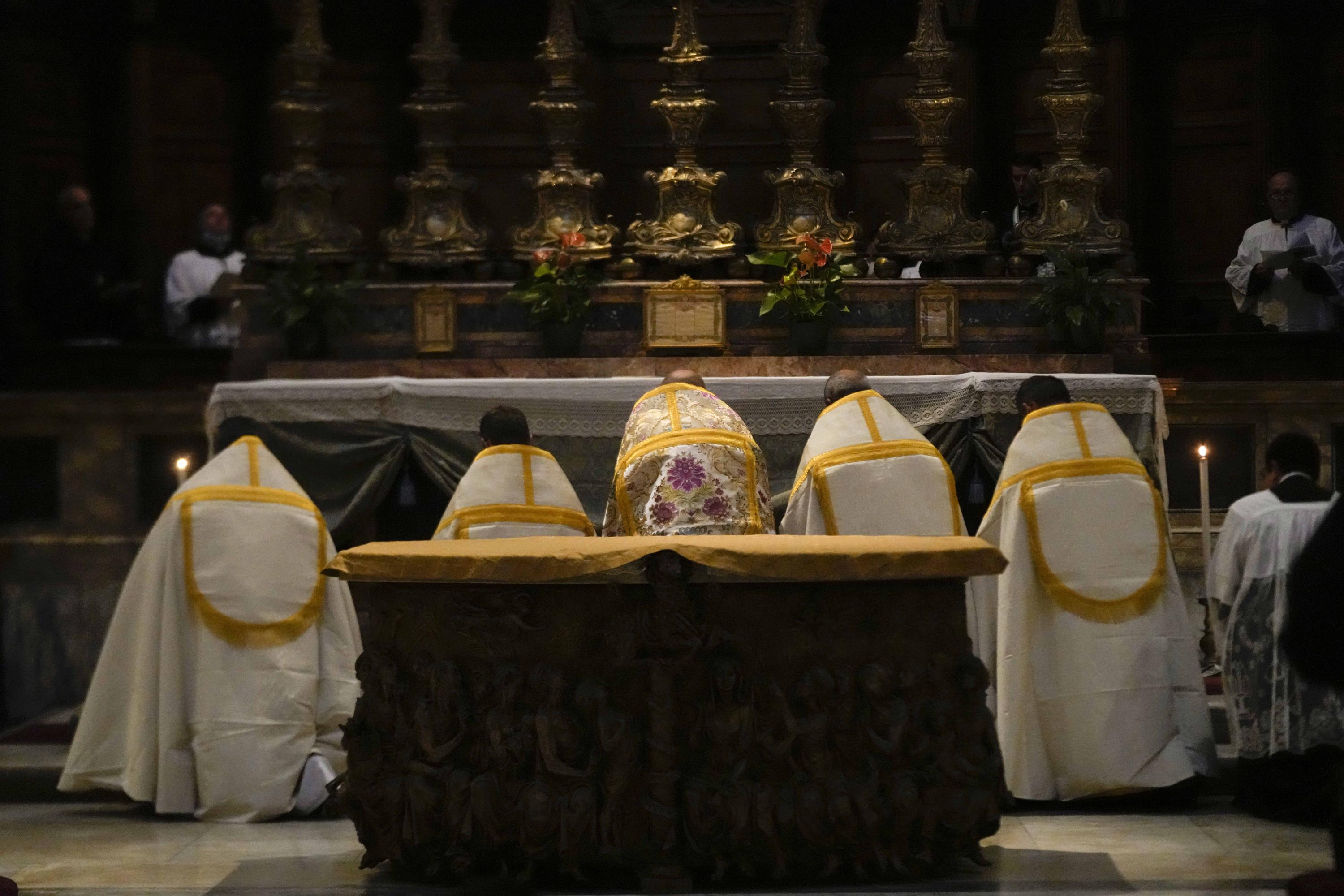 Pope doubles down on quashing old Latin Mass with new limits
ROME (AP) ? Pope Francis doubled down Saturday on his efforts to quash the old Latin Mass, forbidding the celebration of some sacraments according to the ancient rite in his latest salvo against conservatives and traditionalists.
apnews.com
Lost Languages Discovered in One of the World's Oldest Continuously Run Libraries
The centuries-old texts were erased, and then written over, by monks at Saint Catherine’s Monastery in Egypt
www.smithsonianmag.com

I confess. I am a recovered Esperantist. Back in high school (approximately 45 years ago), I was an enthusiastic Esperantist, learned it, proselytized it, etc. Then I realized how useless it was and abandoned it. My Esperanto books gathered dust in bags in my parents’ attic and, more recently, in totes in a storage unit. Recently, when I was contemplating what language(s) to raise our son in (he just turned seven months old), I decided to reconsider Esperanto. Here are my conclusions on the pros and cons of the language.

Let me start with the cons since there is only one: it’s completely impractical and useless; it peaked more than fifty years ago and will never be adopted as an international auxiliary language or even be spoken by more than a tiny handful of language geeks. (For those who don’t know me, I’m a language geek.)

Now for the pros. First, it’s a remarkable intellectual achievement, a fully usable (not that very many will use it) language that really is easy to learn. I realized this a few months back when our son David was born and I was thinking of bringing him up multilingually. I read Latin reasonably well (but can’t speak it), speak passable (but far from fluent) French and German, wretched Spanish, and have a studied a number of other languages at one time or another (my undergraduate major was linguistics).* Among the books on my shelf (and not in the storage unit) was the Esperanto translation of Winnie The Pooh. I picked it up and found that I could read it with ease despite not having studied the language in over forty years.** I quickly realized that I could speak it better than I could speak Spanish (despite studying that language semi-intensively and quite recently). So I fell off the wagon and took up Esperanto again. Within weeks it was probably on par with my French and German (which I have studied and spoken for decades). And this was despite the lack of opportunity to practice speaking with anyone. I note that Esperanto’s perfect phoneticism (i.e., each letter stands for only one sound and each sound is represented by only one letter) means that in two or three years’ time, when David is ready to learn to read, it should be easier to do so in Esperanto than in almost any other language (especially English or French).

A number of studies (summarized here) have suggested another advantage to Esperanto: it’s a gateway language that makes other languages easier to learn. For example, a year of studying Esperanto followed by three years of studying French produced better proficiency in French than four years of studying French. I’m somewhat skeptical about this and wonder if almost any language would produce a similar effect. Certainly, my knowledge of Latin gained in high school made learning French in college easier. In any case, this effect is unlikely to apply (I think) to someone learning the languages from infancy.

Anyway, I decided to bring David up in five languages: English, Esperanto, French, German, and Spanish. I pick a different language every hour and try to use that exclusively during the hour.*** I’m not worried about his learning English since everyone else around him is speaking it and I have no idea how much, if anything, of the other languages he will eventually acquire. I do note that, as far as Esperanto, is concerned, he will be in good company learning it as an infant. George Soros grew up speaking Esperanto as did the Polgár sisters (I’m not planning to push chess, or any other particular subjects on him, unless he shows an interest; I’m no László Polgár).

* I have often remarked that this makes me a linguistic whizz by American standards and a linguistic klutz by European standards (and, I suspect, by the standards of most of the world although my experience is generally limited to Europeans).

** I did touch on Esperanto in my law school thesis and briefly looked at it then (concluding that it would not help the European Community [as it was then known] with its language problems). See, Huntington, European Unity and the Tower of Babel, 9 B.U. Int’l L.J. 321 (1991).

*** Of course, I have to confess that I am also doing this for my benefit, i.e., in the hope that it will reverse (or at least slow) the atrophying of my linguistic abilities.

Or are they just xenophobic? “The short answer is that you can definitely learn some things from an app, but if you want to become fluent in a language — or even conversational — they won’t be enough.”

Instead of these apps of marginal utility, I recommend checking out Live Lingua, which has the Foreign Service Institute, Peace Corps, and U.S. Defense Language Institute material, both books and tapes, available for free. A wonderful resource that covers just about every language of any significance on the planet.